ALLENTOWN, Pa., June 17, 2019 /PRNewswire/ -- PPL Corporation (NYSE: PPL), one of the largest companies in the U.S. utility sector, today announced the promotion of Vincent Sorgi to President and Chief Operating Officer. Sorgi is a 25-year veteran of the utility industry who has served as PPL's Chief Financial Officer since June 2014. He will report to William H. Spence, who will continue to serve as PPL Chairman and Chief Executive Officer, posts Spence has held since 2012 in addition to serving as PPL's President since 2011. In his new role, Sorgi will lead execution of PPL's long-term growth strategy and be responsible for the overall operational performance of PPL's seven high-performing, award-winning utilities in the United States and the United Kingdom. The heads of PPL's U.K., Pennsylvania and Kentucky regulated utility businesses, along with the head of PPL's renewables and distributed energy resources business, will report directly to Sorgi.

Separately, PPL announced that Joseph P. Bergstein Jr. has been named Senior Vice President and Chief Financial Officer. Bergstein, who has served as Vice President-Investor Relations and Corporate Development & Planning since 2018, and previously as Treasurer from 2016 to 2018, will report directly to Spence and be responsible for PPL's accounting, treasury, financial planning, tax, risk management and investor relations functions.

"Vince's strong leadership skills, passion for continuous improvement and commitment to outstanding execution make him well-suited to lead our operations as we strive to deliver best-in-sector operational performance for our customers, to invest responsibly in a sustainable energy future, to provide strong returns to investors, and to grow PPL moving forward," said Spence.

"Furthermore, I look forward to working with Joe in his new role as Chief Financial Officer. Joe's two decades of financial experience at PPL and success in a variety of leadership positions have prepared him well for this expanded role on PPL's senior leadership team. Under his leadership, I am confident PPL will continue to deliver on its commitments to shareowners and to maintain a strong financial foundation as we invest in infrastructure improvements that benefit our customers."

Prior to joining PPL, Sorgi worked for Public Service Enterprise Group and Deloitte & Touche LLP. He holds a bachelor's degree in accounting from Penn State University and a master's degree in business administration from Villanova University.

Sorgi played a key role in leading PPL through the spinoff of its competitive generation business. He has played, and will continue to play, a key role in ensuring PPL delivers on its financial commitments to shareowners year in and year out and in shaping business plans that position PPL for future success.

Bergstein has served as Vice President-Investor Relations and Corporate Development & Planning since 2018. In this role, he has led PPL's Investor Relations program, spearheaded corporate budgeting and financial planning activities and provided leadership to strategic initiatives. Prior to his current role, he served as Treasurer from 2016 to 2018, leading the company's financing and investing activities.

Bergstein joined PPL in 1999 and led PPL's investor relations efforts during PPL's acquisition of utilities in Kentucky and its expansion in the U.K. He also led investor relations during the spinoff of PPL's competitive generation business.

Prior to joining PPL, Bergstein worked for Amerigas Partners, L.P. He has a bachelor's degree in business management from Bloomsburg University.

Headquartered in Allentown, Pa., PPL Corporation (NYSE: PPL) is one of the largest companies in the U.S. utility sector. PPL's seven high-performing, award-winning utilities serve 10 million customers in the United States and United Kingdom. With more than 12,000 employees, PPL is dedicated to providing exceptional customer service and reliability and delivering superior value for shareowners. To learn more, visit www.pplweb.com. 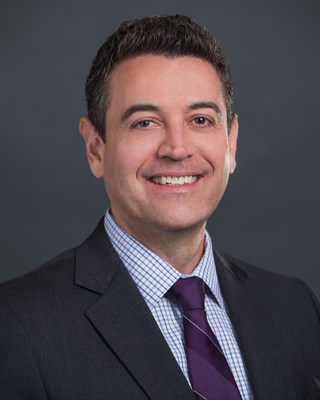